How To Register A US Business From Latin America 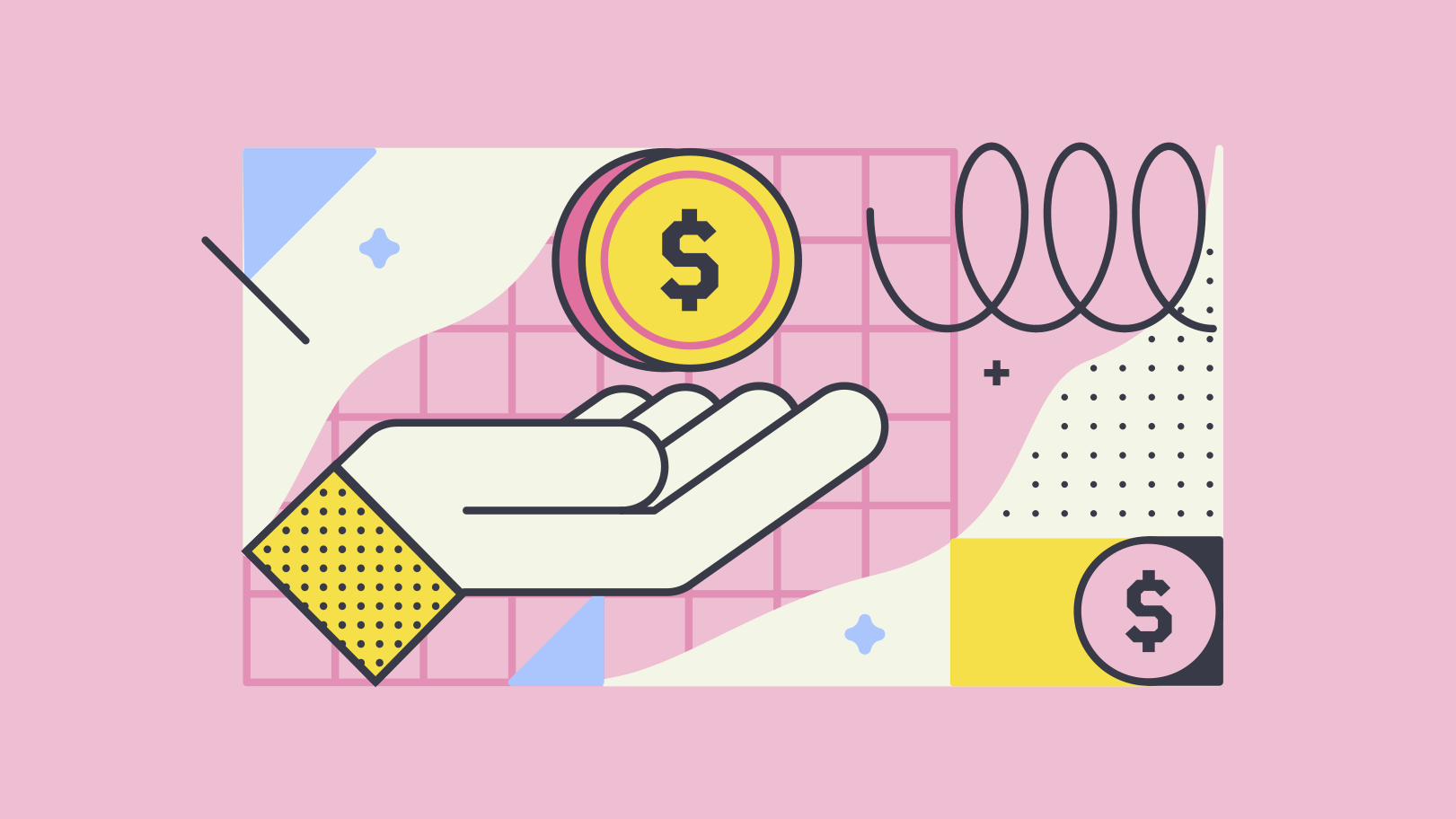 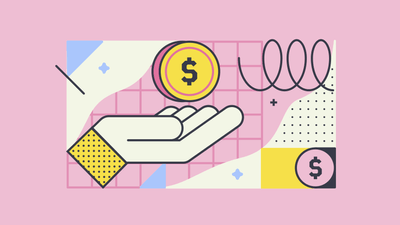 The United States is the largest economy in the world and is—by far—the biggest market for startup funding and growth opportunities. By incorporating a business in the United States, teams based in Latin America may take advantage of the prospects offered right next door.

Many companies based in Latin American countries like Mexico, Colombia, Brazil, Chile, Ecuador, or Venezuela have benefited from substantial foreign investment in the form of VC funding US investment firms. More money was raised by startups there in 2021 than in the previous ten years combined, making the area the world's fastest-growing destination for venture capital investment.

So how can founders from Central America and South America maximize their chances of receiving potential investment from US-based VC funds?

By incorporating a business in the US. In the great state of Delaware, to be precise.

It may sound difficult, but registering a business in the United States from Latin America is actually pretty easy, and in this article we’ll go over how to do that and in what circumstances it actually makes sense.

Why register a business in the US from Latin America?

Registering your company to do business in the US if you’re based in a Latin American country can be beneficial for a number of reasons:

When NOT TO register a US company from Latin America

Registering a US company may be reasonable for the companies that seek sustainable financing options that go beyond pre-seed and Series A, and are determined to operate in the US market.

That doesn’t necessarily relate to companies that:

The Cayman-Delaware Sandwich: How some LatAm startups are structured

Many startups operating in Latin America have a somewhat complex legal structure if they want to access capital from investors in the United States. This is sometimes called the “Cayman-Delaware Sandwich” or “Cayman-LLC Sandwich” or just “Cayman Sandwich” and, unfortunately, it’s a legal structure and not a tasty Caribbean sandwich.

Notedly, this term does not refer to the famous Scrapple sandwiches (the “tastiness” of which is subject to debate amongst the Capbase staff members who have been to Delaware) that are sold at the Delaware State Fair every year.

Here are the basics of sandwich structure:

How does a founder from Latin America (for the sake of example, we’ll say Brazil) find themselves running a Cayman Sandwich-structured company? Let’s see by way of illustrative example:

This is how jurisdiction hopping works. The founders started with (and kept) a Brazilian entity, then created a Delaware LLC and shifted control to Delaware, and then finally spun up a Cayman Islands holding company which is under Cayman jurisdiction.

In theory, this structure has some significant tax and governance advantages. The Delaware LLC acts as a pass-through entity, which means it’s not exposed to corporate income taxes, and Cayman Islands holding companies are also exempt from many taxes. Cayman Islands has no corporate income tax; they make their tax revenue from higher-than-average franchise taxes instead. Since corporate income isn’t taxed, proceeds from the sale of a Latin American subsidiary—which pass through the Delaware LLC—aren’t taxed even though it’s recognized as profit. Instead, shareholders are taxed according to the rules in their local jurisdiction. So, a California-based venture capital firm would be taxed on the proceeds of an M&A transaction involving a Brazil-based portfolio company according to United States and California tax code.

The Delaware LLC also serves as a privacy shield for the Cayman Islands holding company. Using a hypothetical example to illustrate: let’s say Brazilian regulators wish to pursue legal action against a company operating in Brazil that’s owned by a Delaware LLC. Regulators would be able to see that the company is owned by the Delaware entity, but because Delaware LLCs are not obligated to disclose their beneficial ownership structure, Brazilian regulators would have no way of knowing that the financial interests in the company are actually owned by the Cayman Islands holding company.

On paper, this structure also opens up opportunities for more flexible mergers and acquisitions terms. A startup could elect to sell one of its local subsidiaries, or sell the whole company by transferring ownership of the Cayman Islands holding company to the acquiring entity.

However, the Delaware-Cayman Sandwich can present a few problems for startups:

Latin American founders should consider adopting their investors’ preferred legal structure to raise money, but the Cayman-Delaware sandwich structure may be more trouble than it’s worth. It may be more straightforward and “cleaner” from a legal perspective to incorporate a Delaware corporation (instead of an LLC) to serve as the operating company for wholly-owned subsidiaries in Latin America.

How should I register a US company from Latin American countries?

To set up your US company from any country in Latin America, you have to follow these five steps:

How to get a US registered agent

To start a business in the US, you don't need to reside there, but you will require a registered agent. A registered agent is a person who accepts mail on behalf of your business. They have a physical address in the state where you register, allowing you to send them formal mail.

This includes the following:

Capbase serves as your Delaware registered agent when you utilize Capbase to establish your business in Delaware.

How to move an existing Latin American company to the US

Let’s say you’ve already incorporated your startup in Mexico. You can fairly easily employ the “Delaware Flip” strategy to move your Mexican operation to the United States. (For more details, see our article about the "Delaware Flip").

Any stage of an existing business can be registered in Delaware, but it's most straightforward when there aren't many outside shareholders. Or, to put it another way, it is advisable to begin with a Delaware C Corporation. However, it is better to convert your Latin American startup to a US company registration sooner rather than later.

Similar to US corporations registered in Delaware, Latin American corporations have a similar corporate governance structure. You will need to choose a company name while registering a C Corporation in Delaware. The name you choose for your LatAm company might, in certain situations, already be in use in Delaware, in which case you would need to register with a different, distinctive company name.

You must first submit the articles of company formation for a Delaware C Corporation (which includes corporate bylaws and other documents), then you must buy and create a subsidiary of your Latin American firm in order to complete the Delaware flip and transfer your business to the US.

The Latin American company will then be acquired by your newly formed US-registered corporation as a wholly-owned subsidiary.

US tax and visas for Latin American entrepreneurs

Your personal tax residency is unaffected by registering your business in the US. As a distinct legal entity, your corporation will be required to pay taxes in the United States. As a citizen or resident of any Latin American country, you will continue to pay personal taxes here.

To register your business in the US, you are not need to have a visa. You will need one, though, if you choose to move to the US to conduct your business. You cannot obtain an immigrant visa or green card just by forming a company as a non-resident, but you may be eligible to apply for special visas for founders and individuals conducting business in the USA. There are many work visas available for Latin American nationals, including the E-1, E-2, EB-5, L-1, and O-1 visas.

There’s another visa available to citizens of Mexico through the North American Free Trade Agreement (NAFTA). TN visas permit citizens of those countries to do business in the USA. For more information on TN visas, check out the USCIS webpage on the topic.

Read our in-depth guide to US immigration visas for startup founders for further details.

Writer and content manager at Capbase. Passionate about startups, tech and multimedia. Based in Warsaw, Poland.

Running a remote team? Hiring full-time employees in multiple US states? Chances are your startup will need to register your Delaware corporation to do business as a foreign corporation.

How To Register a US company from Nigeria

In this article we cover the What, Why, and How To's of registering a US business from Nigeria

How To Register A US Company From Canada In 10 Minutes

In this article we cover the What, Why, and How To's of registering a US business from Canada

by Michał Kowalewski • 10 min read
DISCLOSURE: This article is intended for informational purposes only. It is not intended as nor should be taken as legal advice. If you need legal advice, you should consult an attorney in your geographic area. Capbase's Terms of Service apply to this and all articles posted on this website.