John McCarrick, One of Our Superhumans 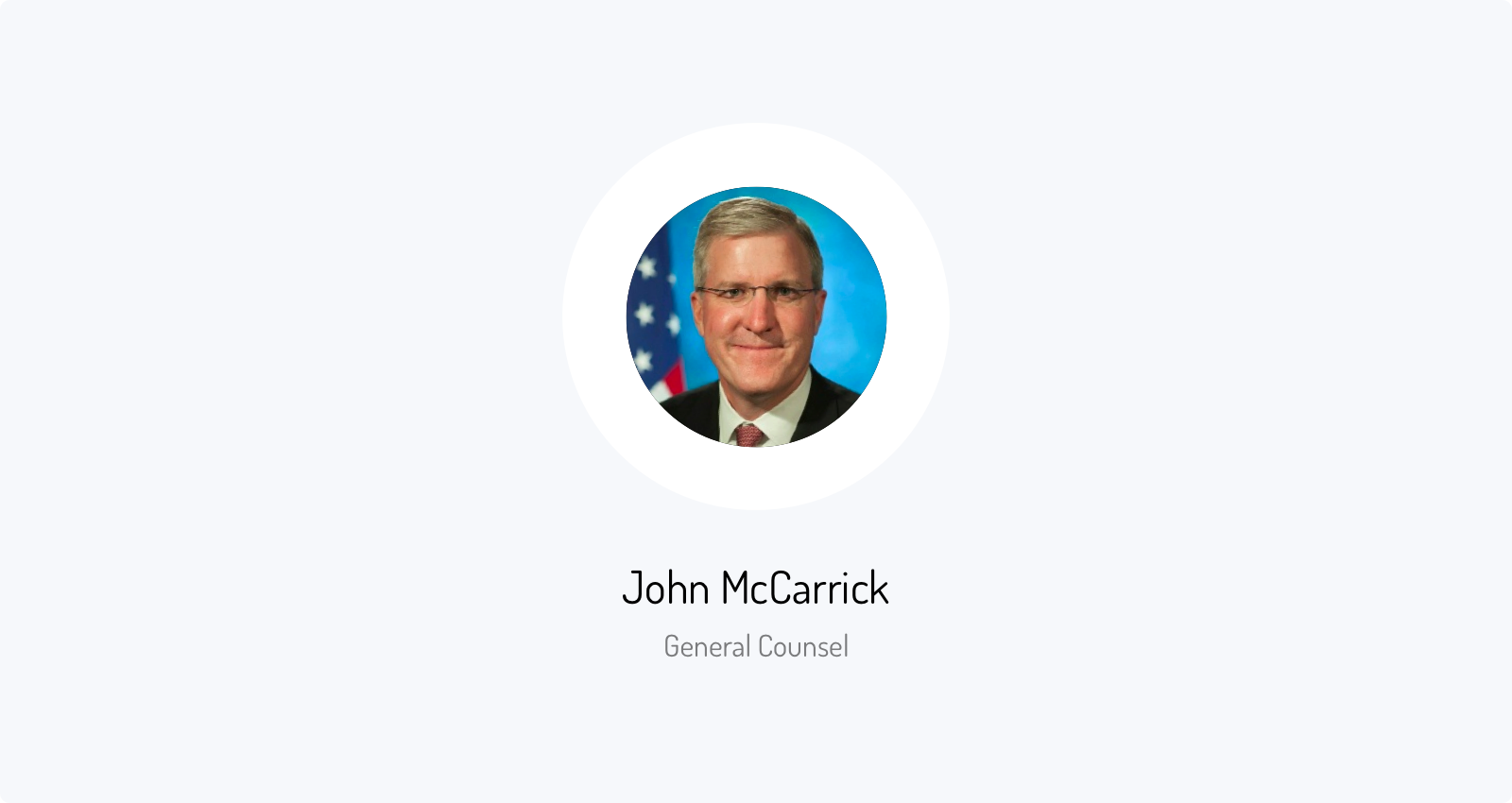 Can you tell us more about your background and your role at Capbase?

Sure. I grew up in the DC area and went to school at Georgetown. Then I decided that I'd be a corporate lawyer, so I moved to New York to practice law at a couple of large firms, both in New York and here in DC.

Since then, I have been in between government roles. I have been serving as either a general counsel or an in-house counsel for a variety of companies that are as large as AOL and as small as a five person shop where we worked on a bunch of real estate transactions. I've got a variety of corporate experience as you can see.

You know the ins and outs of a lot of the law practices that we have to navigate as founders and entrepreneurs.

What made you join the Capbase team?

One of the investors called me up and said, “You should talk to these guys. They're onto something." So before COVID, I had a long in person meeting with Stefan, one of the cofounders, and he just talked about his vision for the company, which as a corporate lawyer I immediately got.

Having participated in the process of creating companies, investment rounds and everything else that a company goes through to raise money and stay compliant, I instantly understood the difficulties that founders face because I dealt with them previously.

I then had a conversation with Greg and thought, “I think these guys are really onto something”. Like I said, as a corporate lawyer I understand that the process of starting a company and then the process by which one raises money has many obstructions.

Some of them are funding: how you keep track of the documents, who owns what and the expense related to that, the idea of revolutionizing that process is what I think we're all about, and we're going to make it.

What exactly does a startup need from a lawyer?

At the very foundational elements you need to have formation documents. That is the creation of the structure of a corporation.

Now, why does one want to incorporate? It's very simple, two reasons: one--there's liability protection in doing so. As a legal entity your personal assets are protected against being seized or litigated.

Two: you want to raise money. Eventually all companies want to raise money for legal needs or growth. It partially depends on the type of company you're talking about, but the foundational elements (those documents you need to form to incorporate in Delaware) to create a board, to have bylaws - the rules of the road, if you will-- are essential to enable every company to operate is what you always need as a startup.

If you're a biotech company you're going to need different advice because you probably rely heavily on patents, but that foundation--the startup process--the process of getting going, is the same for every company.

There are always a lot of barriers, time and money that goes into setting those foundations, right?

It depends on where you are. Obviously if you're running a company that is heavily focused on consumers in Europe, you're going to have different privacy issues than you would have if you're a B2B company here in the United States. The rules are just different.

I think that Capbase takes that part of the equation out as a startup because what you need as a startup is fairly basic. If you think you're going to have some complex issue later on you should always talk to an attorney and we don't provide legal advice. What we provide is a service that allows people to not worry about this part of the process.

Think of it like a house—if you're building your house, there are certain things you want when you pour the foundation, and then there are other things like what kind of handles you’re going to have on the faucets which you can make it as gilded as you want. You can make it as nice and as expensive as you want to, but the fundamentals are the same.

Tell me something on the funny side that not a lot of people know about you.

I've met some of the greatest people in my life going to the track. Unfortunately with COVID, this is the first year I will not be traveling out to California to go to a racetrack called Del Mar, which I've been going for 18 years now. I'll just have to watch it on TV and wager from here... but yes, I am a huge horse racing fan.

If someone needs some basic 101 starting tips on horse racing and bets, you're the guy to exchange a few messages with.

Absolutely, absolutely. Every year I get a few people texting me. Some of my closest friends text me around the time the Kentucky Derby rolls around and say, “Okay, who's it going to be?” And, once out of every five years I have the winner. It's incredibly hard for the race that has 20 horses in it. It is the hardest race to haul your handicap because there are no other races in this country where there are 20 horses running.

What is the best and worst advice you ever got?

The best advice is easy, “you always have to be honest with your clients”.

Now, the worst advice that I ever got was to become a litigator. When I first got out of law school, someone told me “You should be a litigator”. So I became one for two years and realized I really hated it. I hated fighting people. I hated the idea of waking up and rip somebody every day.

I saw this corporate side where it's like “Hey, we're trying to get deals done." You're on the other side of the table, but everybody's moving towards the same goal and I like that a lot better. But look, I ended up where I am and I'm pretty happy with it now.

You were going through your research phase in life.

And now you're here to change the way startups are built.

Yes. It's the startup that helps startups startup - It's very meta.

DISCLOSURE: This article is intended for informational purposes only. It is not intended as nor should be taken as legal advice. If you need legal advice, you should consult an attorney in your geographic area. Capbase's Terms of Service apply to this and all articles posted on this website.