Why Do Startups Incorporate In Delaware?

Greg Miaskiewicz
Compliance For StartupsDelaware FilingsIncorporationSetting Up Your Company
This article is a part of a guide on how to set up your company.

Why Incorporate in Delaware?

If you’re based in another country or state, you might be wondering if there’s a reason to register your company as a Delaware corporation instead of just creating a simple LLC where you live. The short answer, especially if you plan on fundraising from VC firms or issuing stock options to employees as part of their compensation, is “Yes.”

Just a few years ago, I was helping a friend working on a startup building innovative developer tools which had incorporated a legal entity for their startup in their home city of Berlin.

Despite a tight pitch, great product, and solid founding team with past exits under their belt, it was almost impossible for them to raise funds as a German entity. Most tech investors didn’t even want to talk to them since they, as a rule, would not invest in German entities due to the “draconian bureaucracy” associated with investing in early-stage, private companies in Germany.

They were eventually successful in securing funding—after spending nearly $30,000 to incorporate in the state of Delaware and make their German GmbH a wholly-owned subsidiary of the newly-formed Delaware entity. Creating this new corporate structure was far more costly than simply creating a Delaware C Corporation to begin with.

Virtually every corporate lawyer, tech executive and VC in the United States is familiar with Delaware’s exhaustive body of business case law—and over two-thirds of all Fortune 500 companies are registered as Delaware C Corps for good reason.

In fact, one of the first questions that a venture capitalist will ask a first-time founder is: “Did you incorporate in Delaware?”. In this article, we’ll explain why Delaware is the preferred jurisdiction for many business owners, especially startup entrepreneurs.

The bad news: There are no shortcuts—investors won’t settle for an LLC. The good news: With Capbase, it takes just minutes to file articles of incorporation in Delaware.

What Are Delaware’s Advantages for a Tech Startup?

You might not necessarily want to live in Delaware, but most companies call it home.

Registering to do business as a foreign entity in other states

If you choose to incorporate in Delaware, keep in mind that you will also need to register in every US state in which you do business—and likely your home state if you are based elsewhere—with a so-called Foreign Corporation Registration or Foreign Entity Registration, which grants your Delaware corporation the permission to do business in that state.

The company bylaws will typically authorize the board of directors and officers to obtain a company bank account and the required business registrations to begin business activity.

The process to do so is covered at length in the article Registering your Delaware C Corporation to Do Business as a Foreign Corporation. It is, however, possible to set up your business in other states and countries as a subsidiary of your Delaware C Corp to minimize tax liability, an idea we will cover in another article.

If you’d like to skip directly to the Instructions for creating a California registered agent, they are covered in the article Filing For A Foreign Agent Qualification in California. 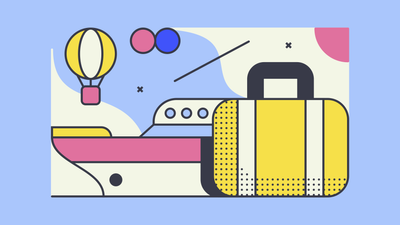 When Should My Startup Incorporate? 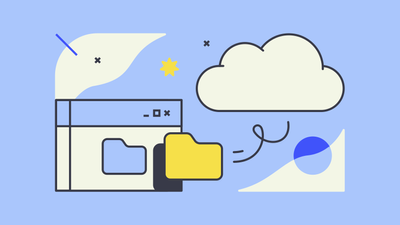 What About the Delaware Annual Franchise Tax?

As you consider a Delaware incorporation, it’s helpful to understand the methods underpinning the state’s franchise tax, which applies to business entities including both Delaware LLCs and corporations. Most corporations calculate their tax liability based on an annual flat tax and file a relatively simple Delaware annual report, covered in the article Delaware Franchise Tax, The Abridged Version.

This isn’t to say that registering elsewhere doesn’t have its appeal. Certain states, like New Mexico, Nevada, and Wyoming, have become popular with entrepreneurs aiming to keep personal information out of the public record. Others including Washington, Nevada, Wyoming, Texas, and Florida make a good case with very low or zero corporate tax.

When considering this issue, keep in mind the basic principle that where you incorporate is not necessarily where you do business. The aim should be to choose the jurisdiction that best meets the needs of your business and venture capital investors.

For tech startups, it’s simply very difficult to beat the overall advantages of incorporating in Delaware. The Delaware General Corporation Law is widely understand by startup lawyers as well as potential business partners and acquirers for your startup.

The rule of thumb is simple: if you think you’re going to have to incorporate in Delaware at any point in time, it pays to do it right out of the gate. I can tell you from personal experience that converting over to a Delaware corporation from another entity type is way more expensive than incorporating as a Delaware Corporation from day one.

Learn more about choosing the right business structure for your startup and whether a limited liability company or C corp is the right call. Both types of legal entity can be used to shield personal assets from legal liability, but there are huge tax ramifications as they are taxed differently.

Learn the basics of setting up your business in the US and get answers to most common question founders have when they start companies.

We cover all the important steps founders should take before incorporating their startup: choosing business entity, state of incorporation, name, board of directors, splitting equity between founders & more.

How To Register A US Business From Latin America

Startups from Brazil, Chile, Mexico, Colombia, and other Latin American countries can access opportunities in the US by registering a business here. This guide covers corporate structure, incorporation, fees, taxes, and more.

by Stefan Nagey • 9 min read
DISCLOSURE: This article is intended for informational purposes only. It is not intended as nor should be taken as legal advice. If you need legal advice, you should consult an attorney in your geographic area. Capbase's Terms of Service apply to this and all articles posted on this website.